Despite its growing relevance in multiple industries, blockchain is still a few steps away from becoming ubiquitous like AI and IoT.

An increase in blockchain interoperability can make it much more readily adoptable in business operations than it is now.

In recent years, the growing presence of blockchain-based applications across various industries has been nothing short of astounding. The global blockchain market is expected to continue its rapid growth and reach a valuation of about US$70 billion by 2027. The rise in blockchain usage does not come as a surprise, at least to researchers and workers belonging to the IT field. As a technology, blockchain has several unique traits that make it invaluable for certain areas such as cybersecurity and transaction management. Barring a few drawbacks, blockchain possesses all the qualities one expects from a top-notch data transfer and information storage-based technology.

Despite the positive qualities, individual blockchain tools and applications can end up being just that—individualistic—and disconnected from other blockchain-based tools and applications in a shared ecosystem. Technologies such as AI and IoT provide high levels of interoperability, that is, the ability of systems under the umbrella of a common technology platform to communicate and connect with one another in real-time, to take business operations to the next level in any organization. Similarly, interoperability is a requirement for blockchain-based systems too. Without that, blockchain adoption will continue to be segregated and restricted in their application and, as a result, unfit for wider business use.

The Need for Blockchain Interoperability

Most blockchain-based networks used in businesses are deployed for individual tasks such as recording transactions, facilitating payments, storing and trading valuable assets. While such blockchain networks and systems provide their usual veneer of reliability and security to such operations, the tasks themselves are isolated as two or more blockchain applications do not communicate and share data with each other to enhance the automation aspect of the process. As stated earlier, other centralized systems do a far greater job of integrating several tasks and operations in one ecosystem without the need for users to input data from time to time. IoT-based systems deliver end-to-end solutions to users.

As we know, automation is a huge part of business operations today. Top bosses in organizations today look for ways to get the most out of their employees and automation technology at the same time for optimal productivity and revenue generation. Technologies such as AI and IoT are already redefining the way automation is achieved for daily business functioning. So, if blockchain application developers need their creations to make a bigger mark in the corporate world, the applications will have to be designed in such a way that the individual systems work with each other and offer uninterrupted integration of capabilities to their users.

Interoperability in digital tools offers users greater ease of use that standalone systems cannot match. Users can benefit greatly from the autonomy that comes with such an interoperable network of systems. An example of blockchain interoperability is an artist being able to tokenize his or her creative art asset with the help of a blockchain-based application and also receive payments in cryptocurrency via another connected blockchain application.

How Interoperability is Achieved in Blockchain

Blockchain interoperability can be a challenging task for developers to face. Currently, there are only two ways in which it can be achieved: a) Mashed APIs method b) Network of networks method 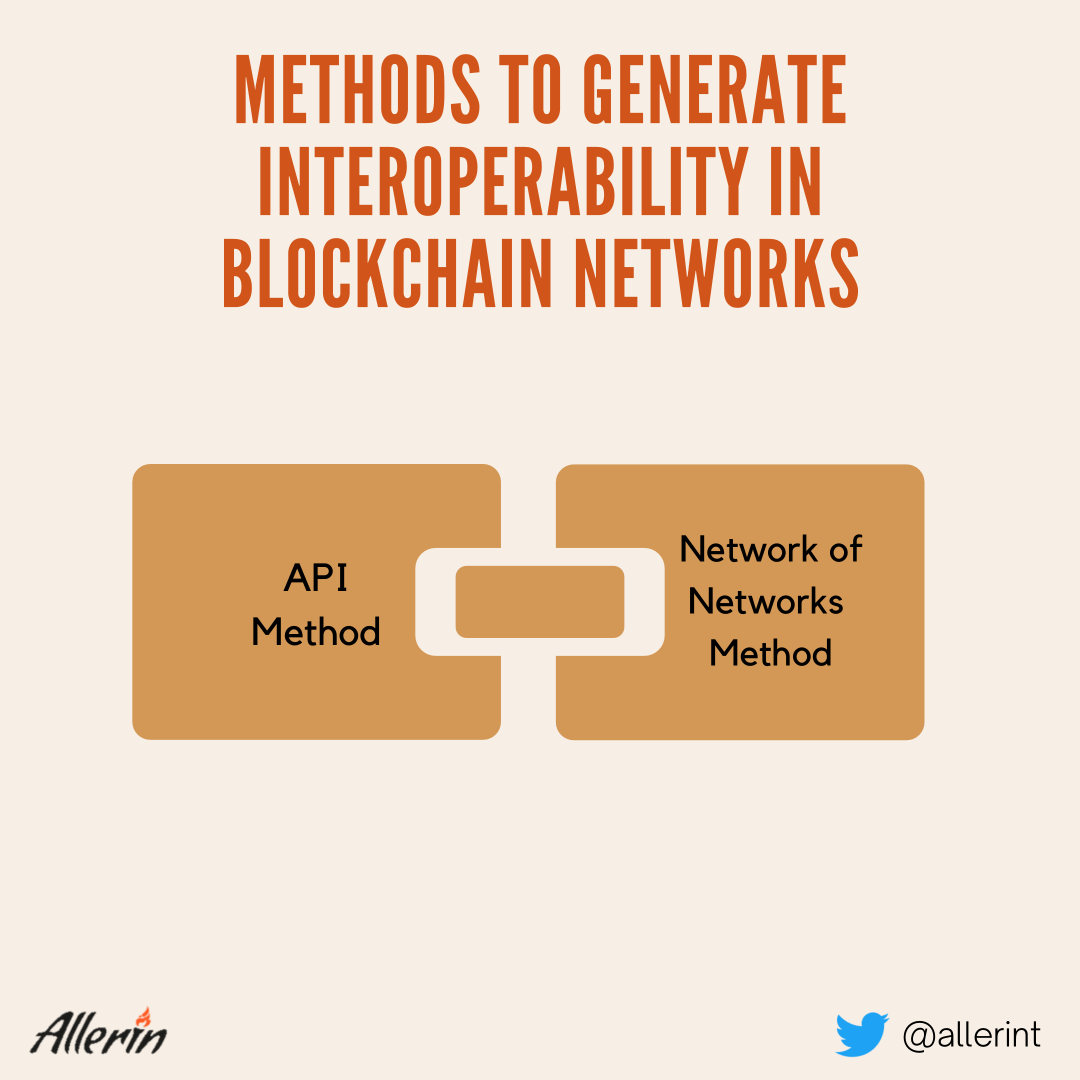 With this approach, blockchain interoperability is achieved by facilitating the transfer of data payloads through Application Programming Interfaces (APIs). For this purpose, such APIs are specially designed. The ‘mashed’ API method involves the designing of APIs to allow individual blockchain systems to communicate with one another. The use of APIs to generate blockchain interoperability does not necessitate the need for developers to have extensive programming skills.

As stated earlier, blockchain developers around the world are working on blockchain projects that consist of multiple systems communicating with each other and, as a result, ensuring greater automation and connectivity in operations. Some of the projects include:

Read More:Blockchain Interoperability: The Next Hurdle To Global Blockchain Adoption