Simplified Sensing Over a Complex Headache

The constant need for more data and higher accuracy has pushed sensing technologies to the extreme. Advancements in factory automation have created a perfect storm of innovation and new capabilities. This is probably an unpopular opinion but, do we always need all of this?

I started my career in factory automation in the late 90s. This was a time of technology transitions. PLCs had been around for ages but had never been so affordable. Technologies, such as time-of-flight laser measurement, industrial cameras, and inductive coupling, were new and exciting, and they were becoming more affordable, too.

As a controls engineer, I remember using these advanced technologies and systems as a way of keeping my projects future-proof – or so I thought. In reality, sometimes they just made things more complicated.

Let me explain this using an example where tried, true and affordable sensors could have made the project more reliable and future-proof from the start.

Photoelectric sensors have earned their place in the automation hall of fame. I don’t see a time when their use will not be necessary as a reliable way to conduct presence detection.

I was working on a project that required tracking several washing machine cabinet bases to be counted and orientated correctly on a conveyor. I wanted to use an industrial camera because the technology was getting better and better. I paid $7,000  for the camera and accessories. After several days and iterations, the camera system was working perfectly.  It continued working for about a week before it was knocked out of alignment by a production worker who was using it as a leaning post. It took another day or so to dial back in.

Tried, true and affordable win out 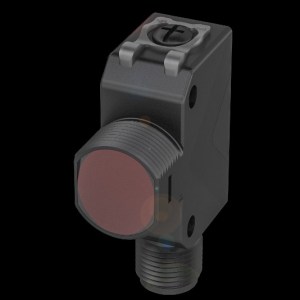 The solution I ultimately chose was the easiest. I strategically placed seven basic photoeyes underneath the conveyor to identify what base it was looking at and if certain characteristics were present for quality tracking. My investment was around $400, and it was extremely protected from failure. And, if a sensor went out, rather than calling an engineer in the middle of the night, a maintenance electrician could simply replace it with a new one.

Another huge benefit of using photoeyes was the avoidance of buyer’s remorse. Camera technology is always evolving. From one day to the next they get better and more capable, but also might have proprietary comms or software. Basic photoelectric sensors with a PNP or NPN output can easily be swapped out by almost any brand for decade to come.

At the end of the day, sometimes it is best to keep the solution simple, clean, and backed by the tried-and-true technologies in factory automation. Next time you dig into a project, take a moment to think about my example. Melt the solution down to the lowest common denominator and build up the complexity from there. You might just save more than just money; you might save a headache or two.

10 Robotics Predictions for Trends That Will Dominate 2023

7 Tools to Automate Your CNC Machines

On the Level: Selecting the Right Sensor for Level Detection

The Simple Way to Start Your First Automation Project

How To Select the Correct Gripper Type For Your Palletiser