The robotics industry is undergoing a significant transformation. There is a need to learn from the past, as multiple times, robots failed to behave as expected because of mechanical failure, power disruption, software issues, and environmental factors. 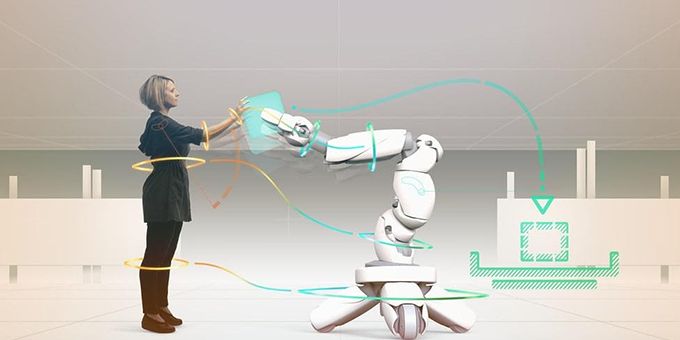 When we think about robotics, the first picture that comes into our mind is either a humanoid robot or a robotic arm, but robotics is not limited. It has applications in every binding domain, like aerospace, defense, space, automotive, medical, industrial, etc. Most of these applications are safety or mission-critical. Therefore, we should focus on the safety and security of these robots; otherwise, a malfunction can cause severe harm to humans or a colossal capital loss.

Robots classified based on their application types include industrial robots (such as logistics, manufacturing) and service robots (robots that assist human beings in Defence, Educational, Household, etc.). In this article, we will focus exclusively on industrial robots.

Market Dynamics – India & Worldwide: Robotics is one of the emerging fields in India, IndustryARC’s forecast1 predict a 13.3% compounded annual growth rate for the Indian industrial robotics market from 2019-2024. And if we talk about the worldwide scenario, then according to Mordor intelligence2 report, the robotics market was valued at $23.67 billion in 2020, and it is expected to reach $74 billion by 2026 with a compound annual growth rate of 20.4% over the forecast period (2021-2026). Moreover, it will cause a big transformation to other sub-industries like agriculture, defense, etc., due to the advancement & adaptation of robotics in these areas.

Why are software standards important?

The robotics industry is undergoing a significant transformation. There is a need to learn from the past, as multiple times, robots failed to behave as expected because of mechanical failure, power disruption, software issues, and environmental factors. We must consider ways to avoid robot malfunction because it can lead to human injury and other serious problems.

Many a time, silly mistakes cause a system to fail. For example, in an observation3, the robot’s software crashed immediately after it started; and the robot stopped when it has to perform a specific operation. The root cause of this behaviour was the error caused by not checking the range of allocated memory in the object’s constructor, and the developer used “sprintf” instead of “snprintf”.

Even during debugging, this error went undetected. Unfortunately, such software issues are not rare, and various studies/surveys conclude that software is more prone to failure than hardware. Therefore, there are many safety- and security-based issues addressing which a developer needs to build reliable software. One way to make the robotics software more reliable is by following standards, which help developers follow best practices and avoid bugs while writing robotics software.

Safety and Security Standards for Industrial robots and Collaborative robots

COBOTs share the workspace with humans and interact with them, and hence, their safety is much more critical because any malfunction in these robots can cause severe harm to humans. For example, on 13 February 2019, a worker of Omnipure Filter Company in the U.K. accidentally entered the cycling area for a robotic arm, and the arm censor was tripped. The employee was pinned against a 400 Fahrenheit degree mold that was exiting the oven, and he sustained severe burns4. So, some guidelines should be followed while developing machines that work with humans so that such cases can be avoided. Thanks to the efforts of TC 299, an ISO committee that is very active to develop high-quality standards for the robotics domain, excluding toys and military applications. Let us try to understand the content of ISO 10218:2011 and ISO/TS 15066:2016 standards.

For more detail, refer to the below table which has the list of various safety and security standards for robotics7:

Coding Standards: For safety and mission-critical applications, it is prefered to follow functional safety standards such as IEC 61508 for industrial systems. These standards recommend following a safe subset of programming language (such as MISRA C), depending on the criticality level (highly recommended for SIL 3 & SIL 4 applications as per Table A.3 of IEC 61508).

MISRA C is a language subset of the C programming language (often referred to as a “coding standard”) that is developed and maintained by the Motor Industry Software Reliability Association (MISRA). It is designed to promote the use of the C language in safety-critical embedded applications, and it provides invaluable assistance to any organization looking to protect themselves from the problems inherent in the inadvertent or deliberate misuse of the C language. There are other coding standards as well such as SEI CERT C, BARR-C, etc. There are also vulnerability dictionaries like CWE and NVD.

Industry Best Practices: Additionally, a degree of confidence towards safety & security of robotics applications can be built by referring to the 7 industry best practices below.