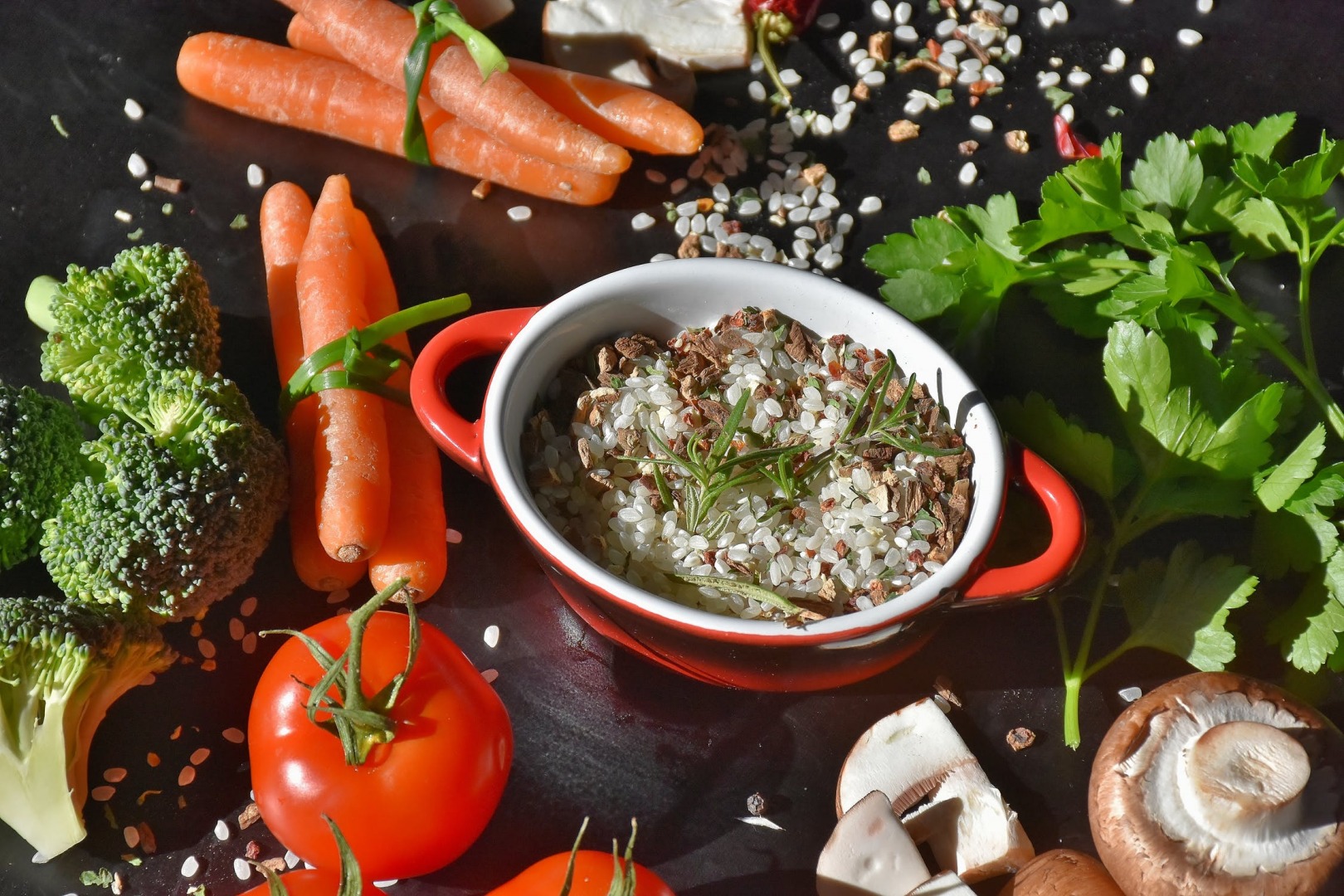 Which is better for lifelong, cardiovascular health- running or swimming or hiking or biking?

In the absence of a decisive answer, we are obviously very well served by doing nothing at all and waiting in a Barcalounger for the relevant research- presumably, an 80-year-long randomized controlled trial– to ensue. Make room on the couch, and please pass the chips.

What is the exact mechanism by which walking enhances cardiometabolic fitness? Is it mostly about actin, myosin, or calmodulin? Is it mediated mostly by the epigenome, mitochondria, telomeres, ATP generation, electron transport, all of these, or none of these? Is it the length of the walk, the length of stride, or the inclination that matters most? Are some steps “better” than other steps? In what specific ways do the influences of physical exertion interact with every nutrient consumed by Homo sapiens, and how do such interactions mitigate the health effects? The obvious answer is: since we can’t say, let’s just sit.

Were we to treat physical activity with the same pseudo-intellectual dysfunction we apply routinely to diet, these and innumerable questions just like them would engender innumerable studies promulgating sound and fury while signifying nothing of much practical value. This, in turn, would populate an endless sequence of news cycles for which we would wait with breathless (and entirely sedentary) fervor.

Of course, we might go the other way- and confer upon diet quality- the single leading predictor variable for premature death and chronic disease in the modern world, by the way- just some modicum of the basic sense applied along with “science” to exercise.

We may not know if hiking is better than biking or vice versa, but we know it doesn’t matter much. Hike if you like hiking; bike if you like biking. We know that both are very good, that factors such as how much and how often and how intensely modify the overly simplistic “this or that?” question (i.e., that both quality and quantity matter), and that doing either is monumentally better than doing neither and nothing. Accordingly, the prevailing guidance of authorities and nearly all cultural dialogue about physical activity focus on getting the requisite dose by any reasonable, expedient, and preferred means.

We might consider summing up the state of exercise news. The general theme, in gargantuan font would be: being active is better than being inactive. The slightly finer print might be: there is more than one way to do that, and you do you. Reserved for the microscopic font undiscerned by the guardians of pop culture fixations is: there are unending mechanistic and metabolic details as yet unknown – and perhaps in many cases to remain thus forever – underlying the fundamental public health effects we know so well and irrefragably. The bottom line? EXERCISE IS GOOD; DO SOME.

This rant, a variant on one I’ve made an exhausting number of times before (defending the potential contributions of science allied with sense to public health nutrition seems to be a never-ending game of Whac-A-Mole), was provoked by a commentary on mechanisms of obesity published in the American Journal of Clinical Nutrition. I tried very hard to ignore this publication, but inevitably the invitation to debate more about some part of a leaf on a twig on a stick on a branch on a limb of a tree – while the entire forest burns down – was more than our culture could withstand. This paper- a commentary, mind you, no new research at all- has populated headlines far and wide.

The paper is constructed as a lengthy sequence of “why CIM might be right and EBM might be wrong” entries. This is not the place to confront them each in turn, as the paper runs to 9 pages, and any systematic rebuttal would do the same, if not more. Let’s cut to the chase here, and you can use the time you get back to…walk or run or hike or bike or swim. Or sit.

The biggest problem of all with this paper is captured in these words, copied ver batim: “conceptual adoption of the EBM has failed to stem the obesity pandemic.” Yes, that is certainly true- just as “conceptually” walking while “actually” remaining fixed to our couches would fail to stem pandemic sedentariness. Let’s just say it: the meaningful effects of eating reside in the practice, not a “concept.”

Calorie intake in the modern world, whatever the prevailing “model” favored by these or those conceptualizers, has only gone up over recent decades. This trend has persisted whether the zeitgeist was buzzing with the “concept” of cutting fat, or cutting carbs, or managing glycemic load, or avoiding gluten, or dodging lectins. The increase in calorie intake is no accident; it is willfully propagated for profit, as all the world has been told and should know.

In other words: you can’t debunk the practical merits of a “concept” that was never actually practiced. All you are left knowing is: it doesn’t seem people can actually do that.

That is true: it is nearly impossible for most people to practice any version of “portion control” in a world where the food supply is willfully manipulated to conspire against it.

But the same is true of the “carbohydrate” and insulin effects these authors champion. Despite the high profile of the Atkins’ diet and low-carb eating as far back as the 1970s, and all the more so in the late 1990s and early 00s- intake of refined carbohydrate, added sugar, and ultraprocessed foods overall has trended up- as have rates of obesity and diabetes. What’s good for the energy-restricted goose should be good for the insulin-mediated gander: conceptual failure, all around.

That failure is for the same reason in both cases. While we have peddled “concepts” to individuals and invited their reliance on personal responsibility to overcome obesity, our culture has only ever doubled down on propagating the root causes of it. Obesity isn’t fixed for the most fundamental of reasons: as a culture, we have never tried.

There are a few other nits worth picking here, or to adhere to metaphorical consistency, moles worth whacking.

The authors note that empirical evidence to date addressing the CIM, some of it specifically commissioned and paid for by proponents of that model, argues against it. They refute this by citing deficiencies in the science. While certainly true that all studies have imperfections, and there are always more studies to do, current understanding is best informed by the confluence of concept and evidence in hand, warts and all.

I cannot help but object to the misleading use of “carbohydrate” as if that means just one thing.  Jelly beans are a carbohydrate source; so are pinto beans. The metabolic, health, and weight implications are highly disparate.

Actual beans, rich in fiber, are robustly associated with better health, weight, glycemic and insulin responses- to say nothing of the benefits they imply for the planet. Blanket use of “carbohydrate” as if it signifies anything meaningful about food choices or diet quality has long outlived any utility it ever had, and should be consigned to the compost heap of obsolete dogma. If ever there was a failed dietary “concept,” conflating macronutrients for foods and dietary patterns is it.

Also of note, weight loss has been achieved on diets of high, or even exclusive, carbohydrate. Rice diets have produced weight loss. The notorious privations of “bread and water” are rightly associated with emaciation. There is even the infamous “Twinkie diet.” Weight loss occurred when calories were restricted, as even the meanest application of common sense and experience would indicate. Does anyone think that a daily diet of one, and only one, small sugar cube would produce weight gain?  It should, if carbohydrate and insulin were all that mattered. But if those only matter in conjunction with quantity- then the alleged boundary between carbohydrate, insulin, and calories is all of a sudden very porous. Could it conceivably be true that both the quality of foods we eat, and the total quantity of calories that come along for the ride, matter- just as both the nature of fuel, and the volume of it, matter to how well and how long any engine functions? Now, there’s a radical “concept.”

Lastly, it is a fact of physiology that amino acids – protein – trigger an insulin response, too. Carbohydrate does not own a monopoly here. Further, caloric excess produced with protein, rather than carbohydrate, leads to weight (body fat) gain, too. So, is the CIM actually the CPIM (“P” for protein)- and are we all left with nothing ingestible but avocado oil through a straw?

To be clear, I have no objection to this paper in the scientific literature. Scientists can agree about nearly everything, and devote whole careers to parsing and debating fine points of disagreement. That process is generally healthy.

It becomes unhealthy, however, when uptake by popular culture conflates scientific debate – legitimate and otherwise – with an excuse for procrastination. We have never actually “practiced” effective energy balance, any more than we have effectively constrained intake of refined carbohydrate and added sugar. They are, at the cultural level, two expressions of the same problem.

We know, and have long known, the truth that matters most and solves both problems: eat food (real, whole, natural food), mostly plants. Do this, and the “not too much” – refined starch, added sugar,…