News briefs for the week take a look at robots at CES2023. As artificial intelligence [machine learning] and robotics converge, CES was an interesting place for a few of the most remarkable of these new-age robots to show up and display their talents. Agriculture, logistics, exoskeletons, mobile EV recharging robots, and multitasking service robots, from Korea, Germany, and Japan, offered up some fascinating looks at robot tech’s near future. 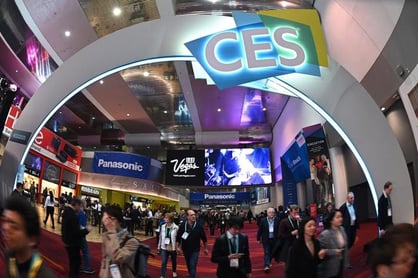 CES for 2023 came and went quietly (January 5 to 8, Las Vegas), minus much of the online-hoopla that for weeks preceding its opening usually attends the world’s largest consumer electronics show.

Attendees looking for robots at CES2023 also got a quiet show. As Vanessa Bates Ramirez wrote for Singularity Hub: “Some of them were silly, some ingenious, some a bit creepy. Not all of these will end up being widely used, but there’s certainly a variety of jobs robots could do for us in the not-too-distant future.”

Post-COVID (since 2021), CES simply has yet to fully recover and return to its heady times of too much to see and experience in only three days! A half-day’s rambling about would have been enough to see all the robots at CES that really mattered.

Agriculture with “L” the harvester

Making a big impression was Japan’s Agrist with its harvesting robot named “L”.

“L” picks bell peppers with millimeter precision, using cameras and an AI algorithm to identify a pepper’s position, size, maturity, and where exactly the pepper stem is for clipping. “L” travels along on its own overhead zipline (see photo) to target a pepper, clip it, and then drop it into a collection box.

The agribot can also “forecast harvest volumes and collect data about crops, such as the number of days left to reach maturity.”

That’s good news for a harvester picking in a world market where green bell peppers do $4.8 billion annually. Best of all is its incredible price point: $10,000! in an industry where similar robots go for $70,000 and up.

Agrist says that “L” could be trained to harvest a variety of other vegetables as well as fruit.

Exoskeletons (or wearable robots) for heavy lifting at work sites are evolving rapidly. None more so than German Bionic, which appeared at CES with two quality wearables that the company calls “smart” wearables: Apogee and the Smart SafetyVest, both technology based after the company’s award-winning Cray X (exoskeleton). 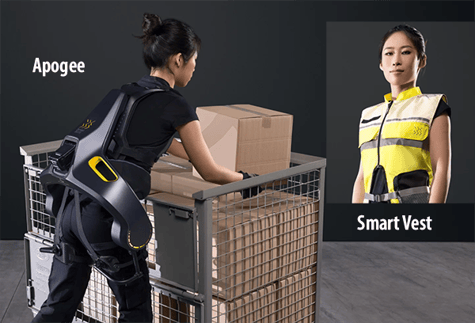 Apogee can heft up to 66 pounds (30kg) of load to the user’s lower back per lifting motion and offers active walking assistance to reduce fatigue.

The Smart SafetyVest akin to a wearable early-warning system is “designed for protection and data gathering. The high-visibility smart vest uses AI and advanced sensors to provide workers with ergonomic insights, personalized assessments and recommendations on reducing fatigue and minimizing the risk of injuries.”

The timing on such wearable robots in the marketplace is opportune. The US Institute of Medicine estimates the economic burden of workplace MSDS [Material Safety Data Sheets] as measured by absenteeism, compensation costs, lost wages, and lost productivity being $45 to $54 billion annually in the U.S. alone. And as populations continue to age, these figures will rise.

Reports are surfacing that OSHA may soon order, like it did hard hats at worksites, the wearing of exoskeletons for risky jobs. 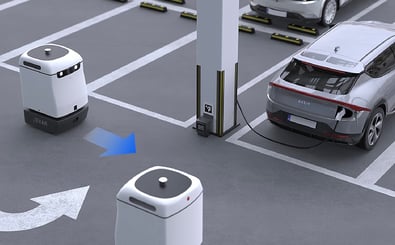 The award-winning mobile electric car recharger, Parky, rolled into CES2023 to scoop up yet another award. Designed and produced by Korea-based Evar, a Samsung spinoff, Parky is essentially a rolling battery recharger (a big one!).

EV adoption is growing relentlessly, and recharging bots like Parky will become very helpful. With the global EV recharging infrastructure still very much on the weak side, mobile rechargers, not the total solution but a good part of the plan, can roll up to an EV and zap in 50 miles of range in an hour or so. It’s certainly not the ideal in recharging, but in a pinch, it’ll work just fine.

CES2023 thought enough of Parky to slap an innovation award on it for the second CES show in a row (2022). Obviously, someone is thinking good things about mobile EV rechargers. Those of us still buzzing around in gasoline machines probably couldn’t care less.

It’s was nice that CES2023 had service robots that were, like humans, multitaskers, and not just one-trick ponies that disinfect and are 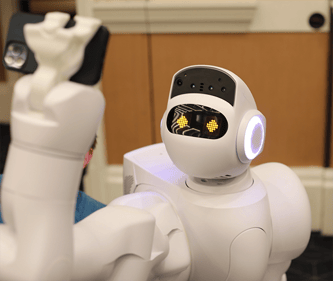 good for little else. Even the good-old Roomba has learned a few new skills.

Aeo, is a multitasking service robot from the Japanese company Aoelus Robotics. According to the company, Aeo “can be used for security, delivery, healthcare, and hospitality purposes.” In addition to mobility, Aeo has “two arms, one outfitted with grippers to pick up objects, open doors, or press buttons, and the other fitted with an L-shaped UV attachment to disinfect surfaces.

“Its 360° night-vision camera can monitor a home, office, or other space, and stream live video to your phone or laptop. Its Care function can detect when patients are in distress or at risk.”

At only 3.8 feet tall by 1.8 feet wide, Aeo isn’t husky enough to lift or physically assist a patient. However, with an arm that can lift nearly 10 pounds, it can easily fetch food, drinks, or other supplies.

As an attendee commented: “Finally! A machine that can help me get past those darn doors.”

Aeo is already in use in airports, hotels, and hospitals in Taiwan, Hong Kong, and Japan. 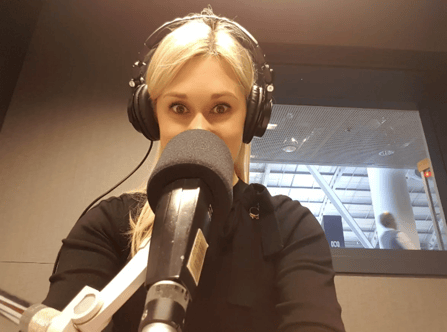 What the robots at CES 2030 were trying to say in a roundabout sort of way is that robots are getting very different, very fast. And why are they changing? Well, artificial intelligence [machine learning] is hooking up with robotics to produce the changes.

Claire Reilly, a CNET video producer, has put together the ultimate in a “what to expect in robotics for 2023” video update.

As Claire puts it: “The world of robotics is moving fast in our homes, in our shopping malls, and even in our police forces, wherever they are, the robots of the future are going to be incredible. Increasingly powered by machine learning and the kind of intelligence that makes them feel even more human.

“Here are all the robots that you need to keep an eye on in 2023 as we go hurtling towards this future. And some of them you really want to keep an eye on. It wasn’t that long ago that robots were essentially pre-programmed assistants, designed to serve you food or vacuum your house.

“But now the world of robotics is being fused with artificial intelligence, and the result is futuristic technology that blurs the line between humans and machines.

“The world of robotics is moving fast thanks to developments in artificial intelligence and machine learning. Here are the robots of the future changing the world today.”

What the Latest World Robotics Report Tells Us

What You Need to Know

What You Need to Know