News briefs for the week take a look at the Top 5 Robot Tech Trends headed our way for 2023. The experts, forecasters and crystal ball gazers have thought long and hard, and now have offered up today’s Top 5: Intelligence, Mobility, Autonomy, Adaptivity, and Cybersecurity.

According to ROBO Global’s Disruptive Trends to Watch in 2023, the year 2023 is going to be an inflection point for industrial robotics. Experts are forecasting that five (5) separate but highly interrelated tech trends are beginning to arrive and integrate into a single system. That system is now quickening into what is being called the Internet of Robotic Things or IoRT. 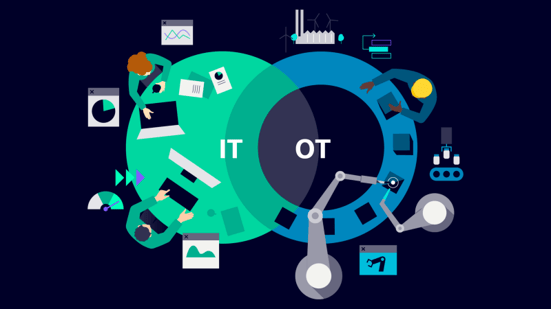 The five tech trends: Intelligence, Mobility, Autonomy, Adaptivity, and Cybersecurity are coming together to form a system “in which intelligent devices can monitor the events happening around them, fuse their sensor data, make use of local and distributed intelligence to decide on courses of action and then behave to manipulate or control objects in the physical world.” 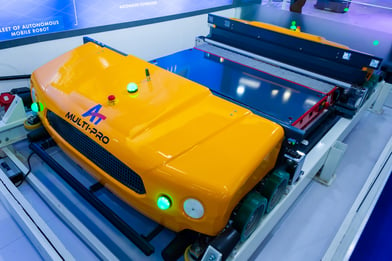 If the endgame for manufacturing and logistics is to have robots operating autonomously—completely unattended—then collectively, it makes a lot of sense to have all five capabilities resident in an industrial robot, mobile or otherwise. It will take all five of these tech trends to successfully do the jobs to be done.

If artificial intelligence (plus machine learning AI/ML) is the key enabler of robotics technology’s success with an IoRT, then the sudden market expansion for autonomous mobile robots (AMRs), is the key driver behind it all.

Steve Banker, an analyst with 20 years of market research experience with ARC Advisory, a consultancy focusing on industry and infrastructure, describes the “exploding” market of autonomous mobile robots (AMRs) “one of the fastest growing markets” the company has ever researched.

Boston Consulting Group (BCG) makes a pretty good bet that this combo of intelligence and mobility, just as it has in the recent past, will shape the future. With the post-COVID, e-commerce constraints of fast or faster order/delivery cycles, lack of manual labor, and aging demographics still in place, warehouses and DCs have had to step up automation considerably, and that pace continues into 2023. 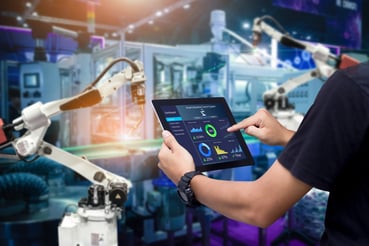 Artificial intelligence (AI), writes BCG in How Intelligence and Mobility Will Shape the Future, “will allow robots to handle unsupervised, unexpected situations; swarm intelligence will increase the flexibility of mobile robots to share and alter tasks on location; and imaging systems will enhance autonomous inspections, analysis, and movements.

“These capabilities will be augmented by 5G communication networks that increase mobile bandwidth and robot operational radius as well as so-called edge services, which are essentially cloud-based networks that expand robot and sensor computing power.”

The final convergence of IT with OT (IT data with OT operational gear) will accelerate smart robot system capabilities and simplify connectivity.

Autonomous systems, writes ROBO Global in Top 5 Trends Across Robotics, AI & Health Tech for 2023 will be at the heart of the movement. These new systems are made possible “thanks to advancements in deep learning, radar, LiDAR, and vision technologies.

“Sensors and algorithms that can automatically detect and classify objects and determine distance are paramount, while perception technologies used for behavior planning, route planning, and motion planning are beginning to take center stage.”

With this advent of autonomous robot systems, BCG believes “many customers will shift from buying core robot systems (such as arm, controller, and end-of-arm tools) to purchasing broader, modular systems comprised of the core as well as edge controllers, machine vision software, and AI for smart and autonomous activities, among other emerging innovations.

“These advanced systems will be easy to deploy (they will primarily be plug and play, requiring little or no programming) and able to tackle a specific range of tasks on their own.”

Industrial robots and cobots are limited in the tasks they are capable of performing. Challenges as to speed, safety and accuracy need to be addressed. A new capability is now necessary for robots and cobots to expand their task horizons, and 2023 will see what could be the next big thing: the rise of the adaptive robot.

As Roberto Nogueira notes in Self-adaptive Cobots in Cyber-Physical Production Systems: “Robots are fairly capable when performing tasks that are repetitive and demand precision. However, a hybrid solution comprised of the adaptability and resourcefulness of humans cooperating, in the same task, with the precision and efficiency of machines is the next step for automation.” 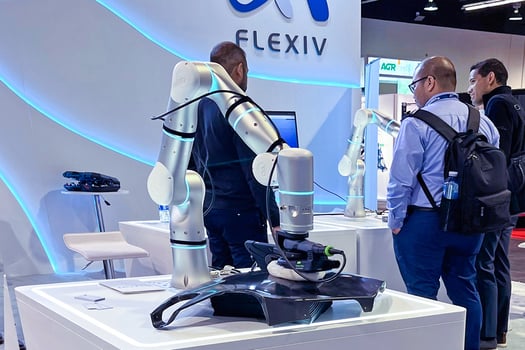 A new or third generation of robot/cobot is needed that will interface better with AI/ML, task variety, and humans. What’s being called “the adaptive robot or cobot” will be as advanced as all the other disruptive technology that is now in force at factories and warehouses worldwide. Robot and cobot engineering designs have remained basically unchanged for decades. Now, it’s time to change.

Signs of such change arrived at last October’s (2022) Automate Show in Chicago. Epson showed a bit of adaptivity. If you are Epson and known for color printers, you are also known for cobots. Out of a unique partnering between Epson’s cobots and printers sprang a novel, new way to print labels and then affix them to packages as they travel along a conveyor.

Pratik Gundawar in his article Adaptive Robots: A New Era Has Begun for U.S. Cybersecurity, wrote: “Rizon is considered to be the world’s first adaptive robot that combines direct force control with advanced AI, ushering in a new generation of industrial robot. It is developed by Flexiv Ltd., a $22 million company founded at Stanford University. The adaptive robot has great tolerance in position variance. Additionally, the robot experiences high disturbance rejection, and intelligent transfer-ability for quick redeployment between similar product lines and tasks.”

Gundwar concludes that first came the “next-generation robot, dubbed the “collaborative robot” [or cobot], which introduced force detection and ushered in a new era of human-robot collaboration. Adaptive robots are the third-generation robot. They have more technology that makes them adapt to their environment.”

“Stuxnet [2010], as it came to be known, was unlike any other virus or worm that came before. Rather than simply hijacking targeted computers or stealing information from them, it escaped the digital realm to wreak physical destruction on equipment the computers controlled.”

A recent article from Telefonica: Robots and cyber security, the future of industry noted that Alias Robotics has found more than 100 vulnerabilities in different robots for various clients that could paralyze production or be the entry point to accessing sensitive data. Going forward in 2023, “the robotics sector needs to reverse insecurity and digital attack vulnerability.”

Endika Uriarte, chief strategy officer (CSO) for Alias Robotics, claims: “Robotics today is as vulnerable as PCs were in the late 1980s,” and that the advance of Industry 4.0 and hyper connectivity “has trampled over industrial systems, designed to work in isolated environments.”

In addition, many robot manufacturers neglect cybersecurity issues, he says. “It is common for these companies to scale very quickly and sell a huge number of units in a few years, and they may lose control over some of the systems deployed.”

Come end of year 2024 (hopefully, well before),  we’ll find out if these five, key tech trends received the attention that they so richly deserve: Intelligence, Mobility, Autonomy, Adaptivity, and Cybersecurity.

Simplified Sensing Over a Complex Headache

How To Select the Correct Gripper Type For Your Palletiser

How to Win in the Future of Work

8 Benefits of Palletizing Cobots in the Coffee Packaging Process